Centenarian Nellie Sillitoe celebrated her 70th birthday by climbing Mount Snowdon in Wales. Nellie and her husband Reginald were keen mountaineers and climbed peaks in Austria, Italy and Switzerland – a pastime that son Richard, now 71 himself, gives credit for Nellie’s longevity. 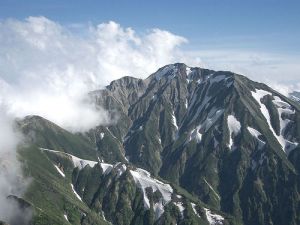 “My parents were great mountain walkers,” he told the local Stoke Sentinel. We were brought up in that environment, being taught to love the outdoors. I think that all those years of mountaineering were very beneficial. (It may also have had some impact on Richard’s choice of career – he is a professor of geology).

Richard’s account suggests other factors may also have played some part in his mother’s long life: “She has always maintained her mobility and made sure to get lots of fresh air and ate a fairly scrupulous diet. Her most exceptional trait, echoed by a number of people, is that she’s never been known to say a bad word about anyone. She always sees the best in people.” And perhaps in situations. Asked what she thought of her 100th birthday, Nellie said: “It’s just like any other day. You have to make the best of this world.”

But sticking with mountaineering for a moment, is it credible that it could have played a significant role in Nellie’s longevity?

Plausibilty rating: 9 out 10. At first glance, it seems unlikely that mountaineering would improve longevity. It is not without its risks, which the US National Centre for Health Statistics helpfully catalogues each year: So we know that if you choose to climb above 6,000m in the Himalayas then your annual risk of death is around 11 in 100. Even routine mountain climbing puts you at the not insubstantial risk of death of 1 in 1,750. However – though the Stoke Sentinel is not clear on this point – it seems more likely that Nellie and her husband in fact took part in what the NCHS categorises as ‘mountain hiking’. Fortunately for this the chance of death, er, plummets to 1 in 15,700. That still makes it more than twice as risky as scuba diving but it’s certainly not base jumping (1 in 60) or grand prix racing (1 in 100).

So if the risks of mountaineering/mountain walking aren’t such an issue, what about the benefits? These, in turns out, are substantial. The British Mountaineering Council says that regular brisk walking will ‘improve performance of the heart, lungs and circulation, as well as lower blood pressure‘, while regular walking ‘has been shown to reduce the risk of chronic illnesses, such as heart disease, type 2 diabetes, asthma, stroke and some cancers’. And don’t get them started on the mental health benefits: walking ‘heals our brains, helps us concentrate, makes us more creative and can help treat depression’. But does it add years to life? Plenty of studies suggest it does. One, in 2012, found that regular, moderate physical exercise such as brisk walking could increase life expectancy by several years. Normal weight people who exercised for at least 150 minutes a week lived over 7 years longer than people who were inactive or obese.

So there we have it. Mountain hiking really could be responsible for some of Nellie’s longevity. It alone may not have got her all the way to 100 but it could well have helped.

2 thoughts on “Secret no.19 Mountain walking”