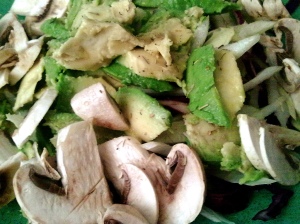 If you want to live to 100, you probably hope to be like the remarkable Dr Ellsworth Wareham who retired as a heart surgeon just five years ago at the age of 95. He still drives regularly and his health is excellent: ‘I don’t have any trouble with my joints, my hands are steady, my balance is good, I don’t have to walk with a cane,’ he told CCTV America.

His ‘secret’? He’s been a vegan for 50 years. And unlike most of our centenarians, he became took up the practice specifically because he believed it would help him stay well. He noticed that the vegetarians on his operating table had cleaner and smoother arteries than the meat eaters. Going vegan was ‘a very easy thing’ as he ‘had never cared for animal products’.

So was a half century of abstinence a good investment by Dr Wareham? Or could he have been eating sausages every day since the 1950s and still made it to 100?

Plausibility rating 7 out of 10. The difficulty with assessing the impact of veganism over a lifetime is that the concept hasn’t been around for very long. Though the Vegan Society traces the roots of modern veganism to the early 19th century, it wasn’t until 1944 that the name was invented (formed from the beginning and the end of  the word ‘vegetarian’) and the idea really took hold. There are now upwards of 150,000 vegans in the UK and in a 2011 poll one percent of the US public said they never eat fish, meat or dairy products. However there are few longitudinal studies to tell us how healthy they are or how long they might be expected to live compared to the rest of the population. And studies that do exist tend to focus on the broader group of vegetarians rather than focusing just on vegans.

Those limitations aside, overall the research does suggest people benefit from a vegan/vegetarian diet, especially for heart health, diabetes prevention and lowering blood pressure.  One major study of 73,000 people found that those who followed a vegetarian diet (including the subgroup of vegans) were 12 percent less likely to die over the course of the six years of the study. They had a lower rate of death due to cardiovascular disease, diabetes, and renal disorders such as kidney failure. Other studies – though admittedly not all of them – have found similar benefits of vegetarianism or veganism.

It is however hard to identify the precise causes. Rather than avoidance of animal products, the benefits may stem from higher consumption of health-giving staples of a vegetarian or vegan diet: fruit, vegetables, whole grains, nuts and seeds. Or it might be from cutting out red meat, high consumption of which brings health risks. And, because vegetarians tend to be slimmer than meat-eaters, some or all of the benefit might come from having a lower body mass index. As one research study puts it, ‘Vegetarianism is a form of food restriction and, in our overfed society, food restriction is a plus unless it results in nutritional deficiency.’

So while veganism does look on balance to improve health (providing you get your vitamin B12 from somewhere), it’s not at all clear that it’s a significant improvement on any other diet that is nutritionally balanced, high in fruit and vegetables and low in red meat.

And one final qualification for our purposes: this study found that the health benefits of vegetarianism had largely disappeared by the time people got into their 90s. So it might help you live longer but maybe not all the way to 100.

2 thoughts on “Secret no.29 Being vegan”