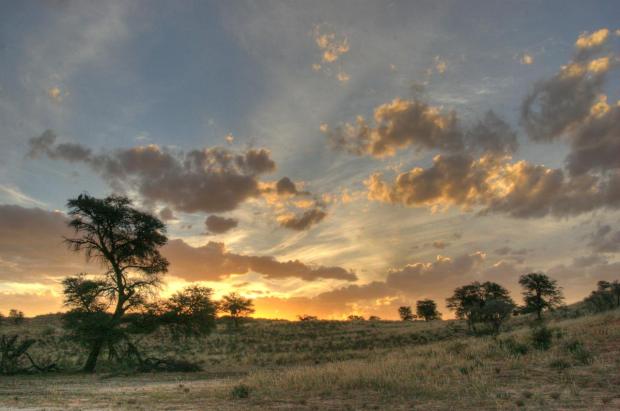 When Martha Afrikaner, who died recently in Namibia, was asked her secret of longevity she used a word few of us would recognise: ‘veldkos’. We are in good company: even the mighty Google finds only 6,000 documents that use the word. So what does it mean?

Veldkos translates literally in Afrikaans as ‘bush food’ and describes the wild fruits and vegetables that are eaten across southern Africa. (Not to be confused with ‘bush meat’, which – as the name implies – refers to the wide range of small animals eaten in the bush, particularly in West Africa.) As this beautifully illustrated article explains, these range from manketti fruit and nuts, corky monkey orange, water root kambro, horned melon, Kalahari truffle and omajowa mushrooms.

Martha grew up foraging for bush food like this in German colonial Namibia, not least because it is likely her family was very poor and veldkos is free. Along with a strong Christian faith, it sustained her during a life which led to six children, 17 grandchildren and 44 great grandchildren.

Pre-war Namibia wasn’t too precise on record-keeping so there is some doubt about Martha’s actual age, though no one disputes that she was well over 100 when she died. How likely is it though that veldkos directly contributed to that very long life?

Plausibility rating: 7 out of 10.  We know a little about the nutritional qualities of some – though probably not all – veldkos. The manketti (or mongongo) nut for example is packed full of protein, fat, calcium, minerals and vitamin E. The horned melon contains vitamins C, E and B6. Corky monkey orange has high vitamin C, iron, fibre and zinc.

However none of that necessarily means that you’ll live longer. Yes fruits, nuts and vegetables are good for you but they are often highly seasonal so can’t be relied on year-round. You also need a lot of them to meet your daily nutritional needs.

The closest current diet to that of veldkos is probably the !Kung tribe who live in the Kalahari and, while eating some meat when they can get it, essentially eat veldkos. And, as this academic paper argues, studies of the !Kung do not depict a Garden of Eden. Rather it suggests that foragers like the !Kung are small in size because of malnutrition. This doesn’t sound like the recipe for a long life.

However the honest answer is we just don’t know. Despite being such an ancient diet, there are no longevity studies to compare it with others. Our safest bet is to recognise that veldkos is essentially vegan, based around fruit, vegetables and nuts. We do have studies assessing the longevity effect of veganism and, while they’re not conclusive, they do suggest that a vegan diet, correctly followed, can be beneficial.

Which is why veldkos gets a seven out of ten even if, in truth, there’s a fair amount of guesswork in there.