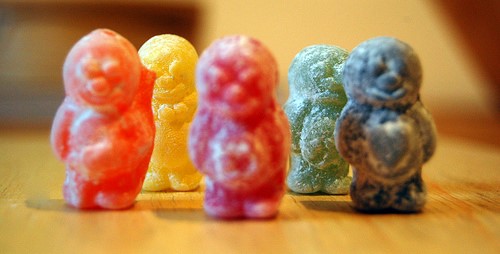 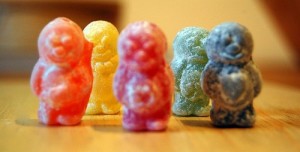 109 year old Nellie Wright is in no doubt what has led to her long life.  She told guests at her birthday party in April “I’ve stayed away from men all my life – full stop. That’s my secret, no men. And living off jelly babies – I eat a packet a day.”

Nellie (or Miss Wright as she sometimes likes to be called) has never had a boyfriend and never married. She has previously put her long life down to keeping healthy and hill walking – she once climbed Ben Nevis. But it was her advice about men that caught the headlines.

And it’s not unique to Nellie. Last year, 109 year old Jessie Gallan said that the “secret to a long life has been staying away from men. They’re just more trouble than they’re worth.” Jessie, who died in March 2015, also never married.

So, is there anything in the idea of celibacy* (or jelly babies) as an aid to long life?

*Obviously, avoiding men and celibacy do not have to be the same thing but the coverage does suggest that’s what Nellie means.

Plausibility rating: 5 out of 10. Let’s get the jelly babies out of the way first. There is no health benefit whatsoever to eating them, though some runners do use them as an easy way of getting energy. This blog explains why and tries amusingly to justify it, pointing out that jelly babies include as ingredients black carrot (which has anti-fungicidal properties), stinging nettle and turmeric (which have anti-inflammatory properties) and spinach (which is eaten by Popeye). 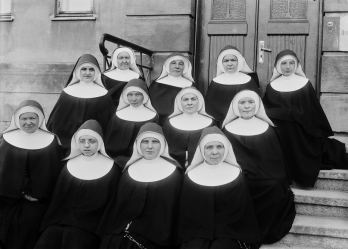 And celibacy? Well the obvious place to turn to understand its impact on life expectancy is nuns. This study looked at over 2,500 Catholic nuns in the United States and found that nuns did indeed live longer. Overall, the nuns were much less likely to die within the five year period of the study, and this effect became more pronounced as the nuns got older. However, was celibacy the main factor? After all, there are lots of other things that nuns don’t do as well as not getting married. One of these is smoking and it is this, the study concludes, that accounts for the main difference rather than celibacy.

The study also shows that, while nuns did live longer overall, they were more likely to die of certain cancers including breast cancer. This is because women who have given birth have higher protection against breast cancer than those who haven’t (the protection increases with the number of births).  As a result of lower exposure to estrogen and progesterone, women who have had five or more children have half the risk of breast cancer to those who have never given birth.

On the other hand, celibacy does reduce the risk of cervical cancer. Virtually all cervical cancers are caused by the human papilloma virus (HPV), which is contracted through sex.

So it’s proving difficult to get clarity one way or the other. Can studies in biology help us? Hopes rise at a study headlined ‘Stay celibate to live longer‘ until further reading uncovers that the advice is based on a study of the mealworm beetle. And that celibacy shortens lifespan but only if you’re a fruit fly.

Perhaps our key evidence, though, should be the effect of marriage on longevity. There is a fairly consistent strand of evidence suggesting that marriage is good for you. That could be for a wide range of reasons but we’ve already seen the vital role that family and social relationships play in people’s life expectancy. Loneliness and isolation, we’ve seen, are bad for you. And while it is clearly possible to have wide and strong social relationships over a lifetime outside marriage (and also possible to be lonely and isolated within marriage), on the whole being married is likely to be lead to stronger social relationships.

So while celibacy might have worked well for Nellie and Jessie, it’s not obviously a good strategy if you do want to live a long time. Though, in fairness, it does beat eating jelly babies.

Postscript. Though I’ve kept a fairly light tone throughout this piece, we should note that for thousands of women of Nellie’s generation, celibacy was not, of course, a deliberate choice at all. Nearly a million British men were killed in the First World War and this, added to an existing gender imbalance, left many women with no realistic hope of marriage.  Celibacy, then, was not so much a choice as a necessity.

2 thoughts on “Secret no.46 Celibacy (and jelly babies)”